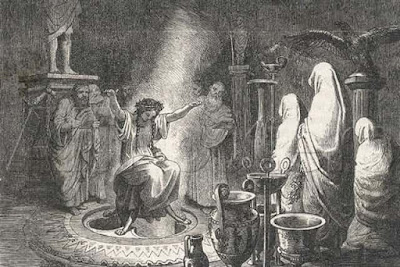 The "fortune teller" uses their preferred oracular system (such as the Tarot) to randomly reveal symbols whose surface meaning must be "pushed through" to arrive at a deeper, universal, "archetypal" meaning. Not only that, but the fortune teller must be skilled to contextualise these symbols into the circumstance, and living experiences of the person whose fortune is being "read". The universal must be drawn into the specific in an artful and logical way so that the symbols can be filled with useful psychic energy and living symbolic meaning.

The goal is for the subject of the reading to "take upon" these symbols, appropriate them into their consciousness, and fill them with a vitality so that unconscious things become conscious, and the hidden becomes revealed. Oracles are a lense to peer deeply into the present.

In a similar way, interpreting the random table in old school games follows an oracular process. At the appropriate prompt, the "random encounter" gets rolled. This is usually based on the phase of the hex crawl, or how long you've been wandering in the dungeon. The result is by and large underwhelming and minimalist. "Bandits", "Ogre", "Wild Animal" are an example of typical results. In and of themselves, these results are insufficient. They lack any kind of context or connective tissue to the narrative fabric and internal logic of the fictional game environment.

What a GM does with these results is a hidden trick, never spelled out in any game manual. In order to make the results work, the GM performs an oracular "reading"--a creative, intuitive 'calculus of plausibility', with the subject being the game world. Out of narrative necessity, the basic, universal results are drawn into something dramatically specific. "Bandit" becomes a group of hungry criminals hiding out from the lords scouring knights. "Wild Animal" is the runaway horse of a dead lord whose leg is stuck in a brick wall. "Ogre" is a hungry and lost monster who has strayed far from his distant home.

Like a fortune teller, the GM interprets the random encounter results according to the internal logic and continuity of the fiction. If the encounter breaks the integrity of the game world it cannot stand--it becomes illogical, jumps shark, or betrays the expectations/ buy-in of the players. The lens of interpretation upon which a random encounter must be read, is always skewing toward the plausible, the contextual, and the fictionally grounded.

A random encounter partners with chance and chaos, and is therefore of a different character than mere improvisation. In a way it is a conversation with the outside. The most agreeable narrative outcome will always bear some trace of inputs from "beyond imagining". The synthesis between the random inputs and the contextual reading creates a vital narrative energy. It as once of the game world, but bears traces of an agency outside of anyone's control. Unconscious things become conscious, the hidden becomes revealed, and the results of a simple table are brought to intelligent and surprising life.

The "fortune teller" uses their preferred oracular system (such as the Tarot) to randomly reveal symbols whose surface meaning mus... 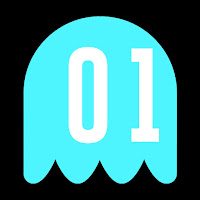 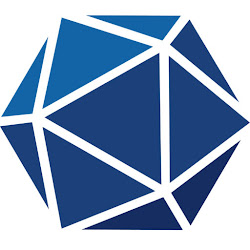